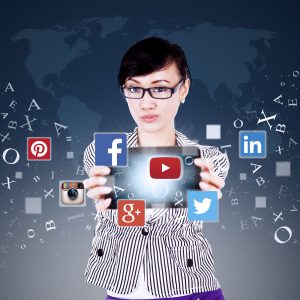 Let’s talk about one of the most important steps in running Facebook ads…..split testing. First let’s review what it is, and when we should do it, and then we’ll look at why it’s so important.

I would like to mention that it is the responsibility of the marketer to define the goals of the ad campaign and monitor the results during the campaign. Otherwise you’ll end up with a bill for $300 and no conversions.

What Is Split Testing

Split testing is where you take two ads and run them to a specified segment of your audience to see which ad gets the better result. It’s also called split A/B testing. Split testing is often used in email marketing. Facebook allows you to set up to six ads that it rotates to the viewers so you can see which one responds better. It’s important to only test one thing at a time. For example, you may want to test the word “Try” versus “Buy” to see which gets more people converting. Or perhaps you want to test the image or the colors of some text.

A conversion is determined by your initial goal for the marketing ad campaign. You need to know where your business makes money. Often you will hear that the money is on the back end. Many marketers set up their Facebook campaigns to be zero sum. That is to say, the amount of money that they spend on ads is recovered by the initial sale. They know that once the person is in their sales funnel, they will make more money down the road when that person converts to a buyer of higher priced items or affiliate sales recommendations.

In email marketing, a common example was that you’d send out emails A and B. A would have a better open rate and B would have a better click through rate. So which was better? Trick question. The answer is which had the better buy rate for the offer.

You will first create a new ad set. Next you set up your targeting. This is your intended audiuence and it’s based on your customer audience that you’ve set up for your Facebook page, or you can create a custom one with demographics and interests.

In the example below, we’ve selected an audience of people who:

You may find that two of your ads work great. In that case, keep running both of them. From here you can start testing other thing in the ad. Or you can try sending the ads to different demographics or interests to see if you can pull in even more potential customers to your marketing funnel.